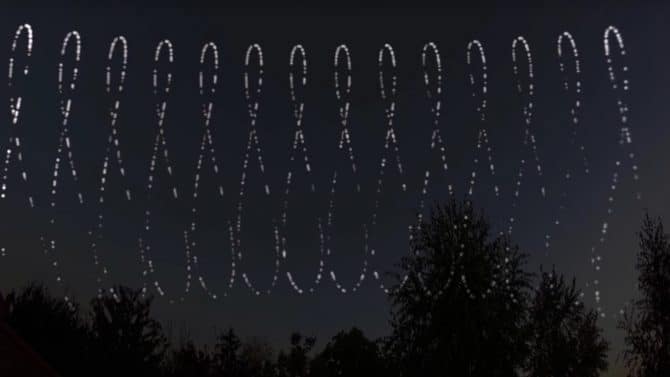 Traces of the Sun (video)

Explanation: This year the December Solstice is today, December 21, at 10:44 UT, the first day of winter in the north and summer in the south. To celebrate, watch this amazing timelapse video tracing the Sun’s apparent movement over an entire year from Hungary. During the year, a fixed video camera captured an image every minute. In total, 116,000 exposures follow the Sun’s position across the field of view, starting from the 2015 June 21 solstice through the 2016 June 20 solstice. The intervening 2015 December 22 solstice is at the bottom of the frame. The timelapse sequences constructed show the Sun’s movement over one day to begin with, followed by traces of the Sun’s position during the days of one year, solstice to solstice. Gaps in the daily curves are due to cloud cover. The video ends with stunning animation sequences of analemmas, those figure-8 curves you get by photographing the Sun at the same time each day throughout a year, stepping across planet Earth’s sky.