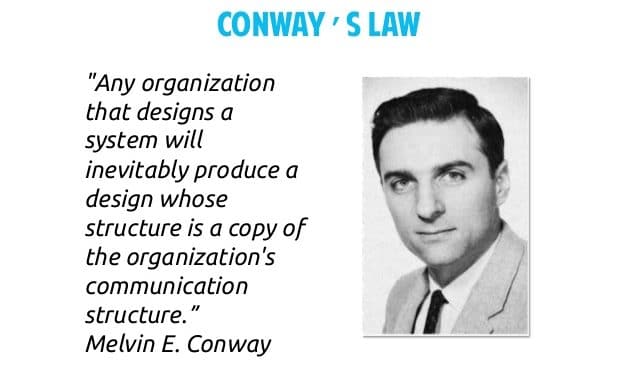 Conway’s law is an adage named after computer programmer Melvin Conway, who introduced the idea in 1967;[1] it was first dubbed Conway’s law by participants at the 1968 National Symposium on Modular Programming.[2] It states that

The law is based on the reasoning that in order for a software module to function, multiple authors must communicate frequently with each other. Therefore, the software interface structure of a system will reflect the social boundaries of the organization(s) that produced it, across which communication is more difficult. Conway’s law was intended as a valid sociological observation, although sometimes it’s taken in a humorous context.