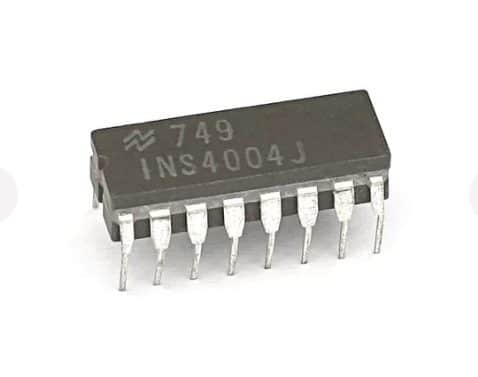 The History Of Intel CPUs (slideshow)

The first microprocessor sold by Intel was the four-bit 4004 in 1971. It was designed to work in conjunction with three other microchips, the 4001 ROM, 4002 RAM and the 4003 Shift Register. Whereas the 4004 itself performed calculations, those other components were critical to making the processor function. The 4004 was mostly used inside of calculators and similar devices, and it was not meant for use inside of computers. Its max clock speed was 740KHz.

The 4004 was followed by a similar processor known as the 4040, which was essentially an improved variation of the 4004 with an extended instruction set and higher performance.